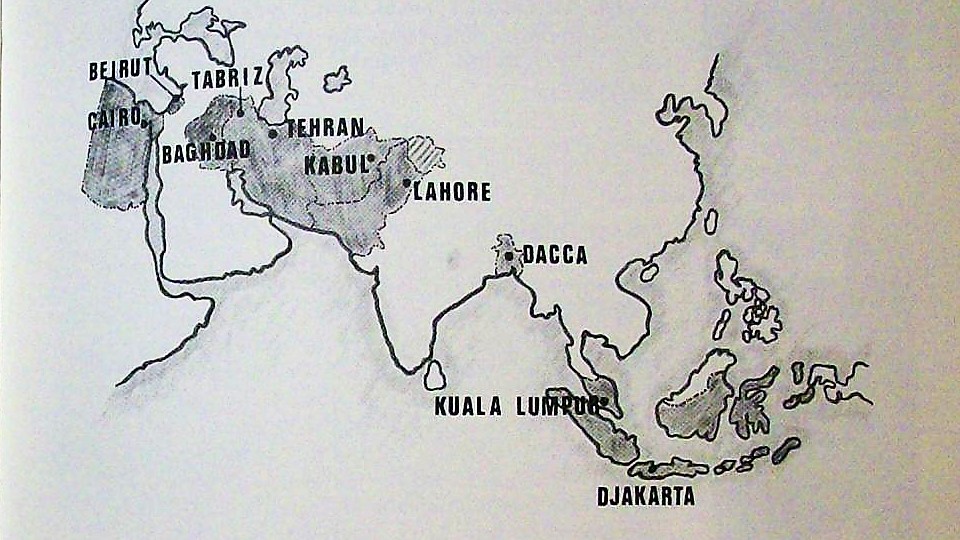 Cold Books in Hot Lands: Winning and Losing of Hearts and Minds in the Middle East  (Coldbihot) is a European funded research project (MSCA-IF-2018; May 2019-April 2022) in progress about the legacy and impact of the Franklin Book Programs in the Middle East.

Here is the summary of the project:

COLDBIHOT is an interdisciplinary and historical research project that explores the connection between Stalin’s death, the US-backed coup in Iran, and the opening of a US-sponsored publishing house (Franklin Publications) in Cairo in 1953. After Stalin died the American “battle of ideas” with the spread of communism entered a new phase. Key to this “cultural Cold War” was the use of various channels to spread (pro-US) liberal ideas around the world. Franklin was founded to support the translation of American books into the languages of developing countries. Franklin’s record was extensive: it operated for 27 years in 12 countries, publishing 3000 books. However, deep suspicions of US intentions in the Middle East and support for Israel, as well as the rise of Arab nationalism and of nativism and Islamicism in Iran, have complicated assessments of Franklin’s role in cultural life. Existing scholarship sees Franklin as propaganda, a mistake, or a form of cultural imperialism, borrowing from Cold War terminology to write it off as a lost battle for hearts and minds. COLDBIHOT looks beyond such a zero-sum game by investigating it as a US cultural diplomacy initiative to better understand what winning and losing hearts and minds means in practice. Two main questions are posed: 1) how and why did books come to play such a role in US cultural diplomacy, 2) how and why did Franklin fail to win the hearts and minds? These questions are important because the legacies of America’s cultural influence in the region remain contentious, and the contest between different forms of modernity and traditionalism continues throughout daily social life. By exploring Franklin’s dynamics, impact, and legacy in Egypt and Iran, this critical history of Franklin uses primary and secondary sources and employs documentary research, case studies, and semi-structured interviews to collect and analyse the data. Among others, this innovative project contributes to the global Cold War studies.

A bit of background

I first wrote about this in my PhD dissertation as part of a chapter on translation in the period before the Islamic Revolution of 1979. For people like me who grew in the 70s and 80s in Iran, it was common to come across some of the Franklin’s publications in the public libraries. They had comparatively a better quality in terms of translation, paper, and the overall design. In addition, there was always a copyright note in the beginning of the book next to the title in original. Each book also mentioned that it was produced with the support of Franklin. Indeed, Franklin itself was not publishing books, rather, it helped other publishers bring out their books.

In 2011 I received a dissertation fellowship from the Harry Ransom Center in the US where some of the archival documents of Franklin were kept. I spent about a month in the center, browsing hundreds of pages, taking photos and notes. My focus was naturally on the program’s branch in Tehran,  but I also looked at some of the documents from Cairo and Baghdad. To me, it looked like a treasure trove.

In 2016 I published an article about the program and its role in the circulation of world literature, here understood as translated literary works into new languages. This article was the result of a second research stay at the center in 2015. I have challenged the idea that the noted program was only a propaganda and that the men and women who worked for or with it were only “Cold War Warriors”. I also invited other researcher to join efforts to better explore the realities of the program with the support of documentary evidence.

In March 2016 and on my way back from the US, I stopped for a short visit to the Princeton Library where more Franklin documents are available. This was a rewarding experience as it allowed me to get better insights on the complexity of a global publishing operation during the Cold War years. I become even more confident that Franklin documents deserve full attention.

In 2017 I invited Giles Scott-Smith, a renowned scholar from Leiden University to co-edit with me a special issue of the Translation and Interpreting Studies journal. We received a good number of abstracts and invited some of the authors to develop their ideas into full papers. The issue is scheduled for publication in 2020. As part of this issue, I am also working on a paper about William Faulkner and his story in the noted book program, comparing it to his global reception in the West as opposed to the nonaligned context.

In 2018 I submitted a Marie Curie Individual Fellowship application based on this project which was successful. The Coldbihot is hosted at the Institute for History at Leiden University under the supervision of Prof. Scott-Smith.